~ Not to hurt anyone's Social sentiments.
Posted by Purvesh 3 comments: 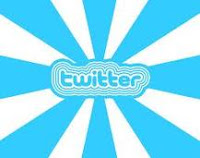 I was sitting all alone at home doing nothing except enjoying my loneliness. It was the ‘Me’ time away from the world lying lazily on my bed. No Plans, no agendas nothing on my mind and nothing in my stomach too. I was feeling hungry so thought of ordering a Pizza from Dominos and while it arrived I thought of whiling away my time checking twitter on my phone.
There were some people posting what they are eating, some people posting what they were drinking, some people busy retweeting messages and some people reading all the tweets and retweeting them with comments.
My phone started ringing, it was my wife, she had called up and ordered me to gift her caller tone completely Kareena Ishtyle. I did that and suddenly had a weird thought what if people were given a chance to set up Twitter Tone on Twitter which would play once the user logs in or tweets something.
Some of the songs I thought of that users I follow might set up based on the kinda handles that they have or kinda tweets :


@greatbong : I first thought it would be ‘Amhaar Shonar Baangla’, but then the great mithunda fan he is he would opt for ‘Chad gaya oopar re atariya pe lotan Twitter re, Twitter Twitter” .....


@itscreation : All crazy about Bhoomi from Indian Idol, I am sure his would be ‘Dil le gayi kudi Gujarat Di’ ……


* This blog was just for fun not to hurt anyone's Twentiments .........
Posted by Purvesh No comments:

Akela, that’s what we call a loner or a lonely man in Hindi. It’s a different thing that A Kela in Hinglish might also mean A Banana, anyways jokes apart what I was trying to emphasize here was on loneliness.
Loneliness is less prevalent in Bachelors as compared to married people as Bachelors are always in company of their friends, not that married people are not but then married people in Metro spend more time with themselves as compared to the time they spend with their spouses, which is also one odd reason for adultery and at times reason for long lasting marriage (coz both get their much needed Space).
I have often observed that people in general spends too much of time alone while commuting to work, while travelling on work assignments, etc. & when I am alone I either spend my time reading, thinking or observing different people and while observing different people there are many memories and emotions that unfold.
These observations are the ones that bring in mood swings or take you for a ride into memory lane. I have been lonely many a times and have indulged in the observation game time and again. The observation habit is the one which has helped me to grow as a person, to know more about human behavior, has helped me to increase virtue of patience, has definitely made me a better human being, has made me more sensitive towards people (although my wife would not agree to all I mentioned above, she says I still belong to Neanderthal age :D).
Posted by Purvesh No comments: