"Expectation is Mother of all Problems !!!" 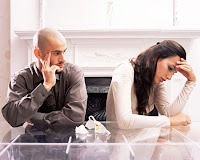 I had recently been to my hometown for a couple of days to spend quality time with my Family, the weekend being a long one I took a couple of days off and got to spend a week at home. I love to be at Rajkot, the reason is obvious ‘Maa ke Haath ka Khaana’ and being pampered like a prince or as wifey says Raja No Kunwar.
Out of all these days one odd day wife had to attend a ceremony at her sister’s place and the gem that she is, she allowed me to spend the whole day as I would wish (freedom smells so good). I chose to go and meet a friend of mine who was super notorious in college days as far as girls were concerned, but had mellowed down after marriage (as heard of from other friends).
We went to one of the recently opened up hotel, I thought of meeting him over lunch. The conversation went around all the normal stuff that friends discuss kinda howz life going on ? wazzup new in life? Etc. and then came the question that every married man is asked after marriage “Howz your married life going on?”. Usually the answer to this question is good or great or awesome but thatz for outsiders, friends are the ones with whom you share your heart.
He initially said that everything is hunky dory but when I further probed he said “Life is all screwed up yaar, there is no peace in life anymore”, I asked worried “Why? What happened dear? I hope everything is alright!”. He said “Everything’s not alright, I guess I made a mistake by marrying a modern girl, she was good as a friend but isn’t an ideal wife”.
I said “I didn’t get you why isn’t she an Ideal wife ?”, he said “She is of very modern thoughts its good for Mumbai not for a small city like the one I live in, and who am I trying to explain you belong to Mumbai so you too would not understand”. I snapped back “What do you mean by I would not understand being from Mumbai? I too am freaking married for couple of years now!”.
I calmed down a bit and asked him “Tell me whatz bothering you bro, you can share it with me”. He said “She is caring, loving and of very good nature but is of very modern thoughts and believes in being practical”. I said “So what the hell is the problem? What is wrong with being practical, It’s good to be practical, it would have been a matter of concern if she would have had been theoretical, see the positive side of it, being practical is having sex and being theoretical is kinda talking about sex !” just to lighten his mood a bit.

He got pissed off and said “You feel everything’s funny, that’s the reason I said you wouldn’t understand, you bloody fat ass”, I said “Alright I wouldn’t make fun of you, promise please tell me”. He said “We had big fight last weekend and she has left me and gone to her parents house”, I said “Yay ! so you have a vacation lets go to Diu and Party Hard !”, he gave me a killer stare and said “Fuck You Bastard !”.
He would have slapped me but here came my savior, the waiter was here with all the nicey nice food we had ordered, yummy kathiawadi cuisine. As soon as the waiter was done serving food he said “For you it’s funny but I am living this hell of a life and have to suffer everyday”. I was so engrossed in food that I had almost ignored what he said but he continued his ranting and I kept on nodding my head.
He continued all the complains and issues he had with her that almost all the husbands in the world would have had at times in their life “She doesn’t cook at times, she does not take care of me, she does not keep the room and house clean, she acts bossy, she carries work home, she doesn’t treat me like a man in the house, she needs privacy, she needs space, blah blah blah ……”.
I said “But then all these things happen in everyone’s life, you should not be fighting for all these petty issues, why do you expect her to do all these things, you should instead be more understanding coz she too is a working women!”, He calmed down a bit and said “You are right buddy, I guess it’s not her fault the fault is in my upbringing, my Mom was also a working woman and I grew up looking at her managing all these things without any complains all along, which in turn made me expect same from my wife, but then the world has changed now things are not so easy going as they were during my Mom’s working days and it’s high time that people like me change their middle class mentality and come out of third graded hypocrisy”.
I was done eating, I almost burped and said “I am glad that you had a happy realization, go ahead call her up and apologize for all the stupefying things you have done, I am sure she will forgive you and come back home”. He had a smile on his face and called up his wife, while he was talking to her I was wondering what made this couple fight, was it not being practical, not being understanding, not being compatible, having too much of irrational expectations from each other or it was all about the kind of upbringing one had, or was it getting married ;)
Posted by Purvesh